The history of Formosa Papaya goes through several empires and countries, before touring the world and arriving in Brazilian lands. In Brazil, the variety has been cultivated since the 1970s, and still is today, by the country’s skilled farmers, with constant improvements in their productivity and quality.

The seeds of Formosa Papaya come from Taiwan, a small island located in eastern China. When the territory was colonized by the Portuguese Empire, it was called “Ilha Formosa”. That’s where the name of the fruit comes from.

How Formosa Papaya arrived in Brazil

This variety of papaya has a larger shape, weighing approximately 1,3 kg and measuring 35cm in width. It also has a longer shape. With this large size, the fruit serves both to be consumed by the whole family and to be used in the production of food on an industrial scale.

It is a fruit with few calories, little sugar and little fat. But it is rich in important nutrients, including 100% of the amount of vitamin C indicated for people’s daily diet.

Its pulp is closer to red, which indicates a higher concentration of Lycopene, a nutrient that fights free radicals and brings proven benefits against diabetes, hypertension and cancer, reducing the risks of these diseases.

Papaya also includes carpaine, which is known to help fight cardiovascular diseases. Finally, the fruit’s history contributed to an important discovery: the substance papain, which helps in the functioning of the intestine.

How to say papaya in other countries 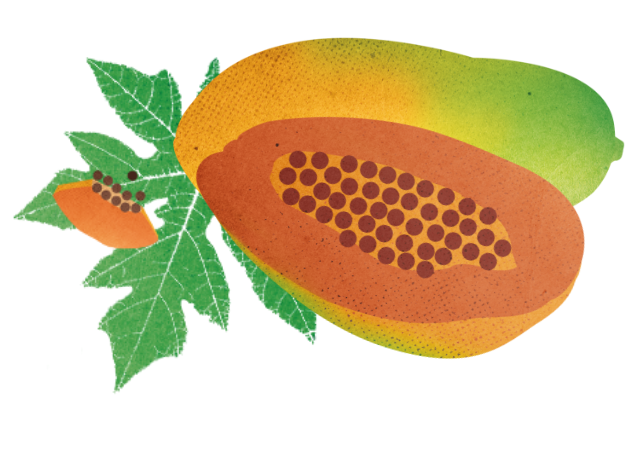 Get to know the history of Mamão Golden